March 31, 2005  Anguilla    Pat erased our photos of several islands; sorry no pictures!  We sailed through the night to get to Anguilla, a little out of our way, but I'm glad we did because the island was a nice surprise.  Although it is quite built up with fancy hotels and restaurants, it was great to see the gorgeous long white beaches and turquoise waters.  The island is flat and not very lush.  The people are so friendly here.  We had read a book by Bob and Melinda Blanchard, a couple who had a food business in the states (you can find their salad dressings in stores) and who often vacationed here.  They liked it so much, they decided to open an upscale restaurant here and wrote a book about it.  I was inspired after reading their book entitled "A Trip to the Beach".  We did have dinner at their restaurant on the beach, and it was great.  We were lucky to actually meet Bob (Melinda was cooking in the kitchen).  What a memorable evening.

April 4, 2005  St. Martin   This island is divided...half French and Dutch.  We anchored on the French side which we found more interesting.  We were so excited to come to a French island and get a taste of some terrific cuisine.  The boulangeries are out of this world.  Every morning we'd go in search of croissants and baguettes.  We met up with a real estate agent to view some properties, but found everything so expensive.  We had a nice tour of the island.  The view of Simpson Bay is quite striking with its long white beach and turquoise waters. It's nice to be in the French islands where they welcome pets, even into the restaurants.  On the British islands, pets were prohibited due to the possibility of rabies.  It's been extremely hard getting Scruffy to shore at times as he never wanted to "go" onboard.  We've had to sneak him to shore many times, in good weather and bad!

April 12, 2005  St. Bart's    Talk about an upscale island!  Upon arriving into the bay we saw a private yacht with a helicopter.  There was a party going on an extension of the boat.  One of the Revlon yachts was also docked here.  The water was quite rough and after trying to anchor here, we decided to go into the small bay and get a mooring.  Susan was quite nervous coming in to pick up a mooring fore and aft, as the boats were crammed in tightly.  But we made it!  Walking through the town, there were many luxury boutiques to be found...Hermes, Gucci, etc.  We rented a car and toured the island which was small, hilly, and quite picturesque with long, white beaches.  We had a nice, but quite expensive, lunch on the beach and enjoyed the day.

April 16, 2005  St. Kitts and Nevis    We anchored just before Pinney's Beach, not far from where the Four Seasons Hotel is located in Nevis.  A most memorable lunch was at Sunshine's on the beach.  We sat on lounge chairs and they brought out a barbecued seafood platter. We rented a car and toured the island.  There are many old sugar plantations which have been renovated into hotels and restaurants.  We had lunch at Golden Rock Estate and it was quite beautiful.  It was on this island that Admiral Nelson married Fanny Nesbitt.  Much of the island is low lying and therefore not very lush with vegetation..  We took the ferry over to St. Kitts where we rented a car to tour the island.  It was similar to Nevis with lots of sugar cane; the train in the picture below is carrying the cane.  We had lunch at Rawlins Plantation Inn, a former 17c. sugar plantation. We visited Romney Manor, an old estate house which has been turned into a workshop for Caribelle Batik.  We bought some beautiful batik fabric there.  We stopped over one night in Falmouth Harbor, Antigua, so that Scruffy could use the facilities before heading to Guadeloupe.   Below photo is a train full of sugar cane.

April 23, 2005  Guadeloupe    We checked in at Deshaies before sailing to Point a Pitre.  Guadeloupe is such a large place, with two islands Grand Terre and Basse Terre.  Basse Terre is mountainous and lush vegetation and good hiking.  Grande Terre has nice beaches but is otherwise pretty flat.  The capital itself is quite run down, and driving through the country you find graffiti everywhere.  Too bad.  We were disappointed.  You can find whatever you need food-wise, but it was difficult finding parts for the boat, as everything was metric.  On May 9 we headed over to visit a sister island, Marie Galante, a small, quiet island.  Our daughter, Isabelle, was graduating from Berkeley (with a major in business and a minor in French) and Susan was heading home for two weeks for graduation.  (Yea! Congrats Isabelle!!) 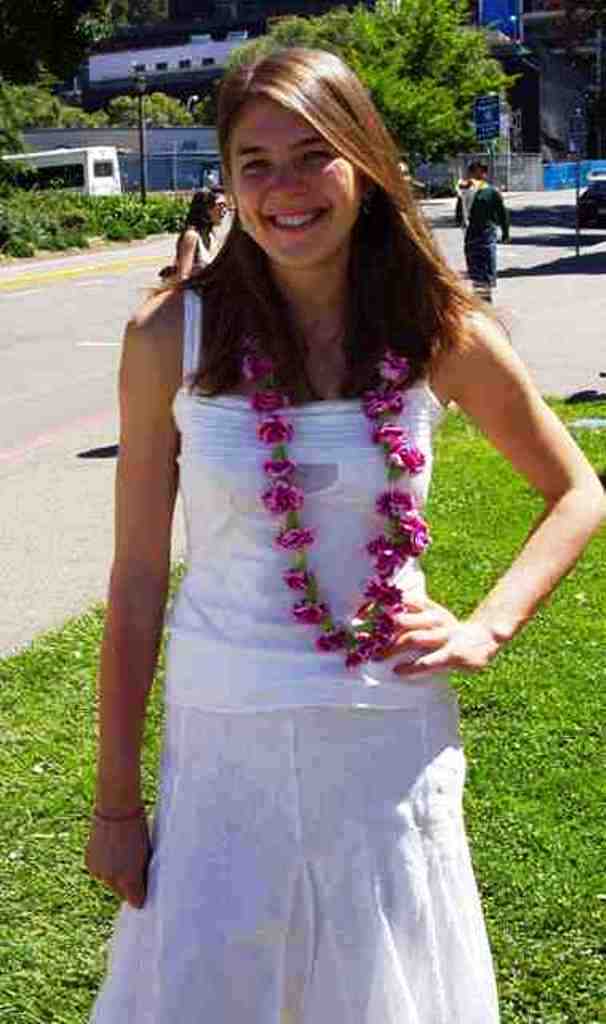 Pat stayed in Guadeloupe to take care of the boat and Scruffy.  Pat does not speak French and it was difficult to communicate with the locals.  He kept busy making awnings for the boat and was glad when I returned, along with our son Armand, who would spend six weeks with us during his summer vacation.  After visiting Soufriere, we were off to Isle des Saintes. 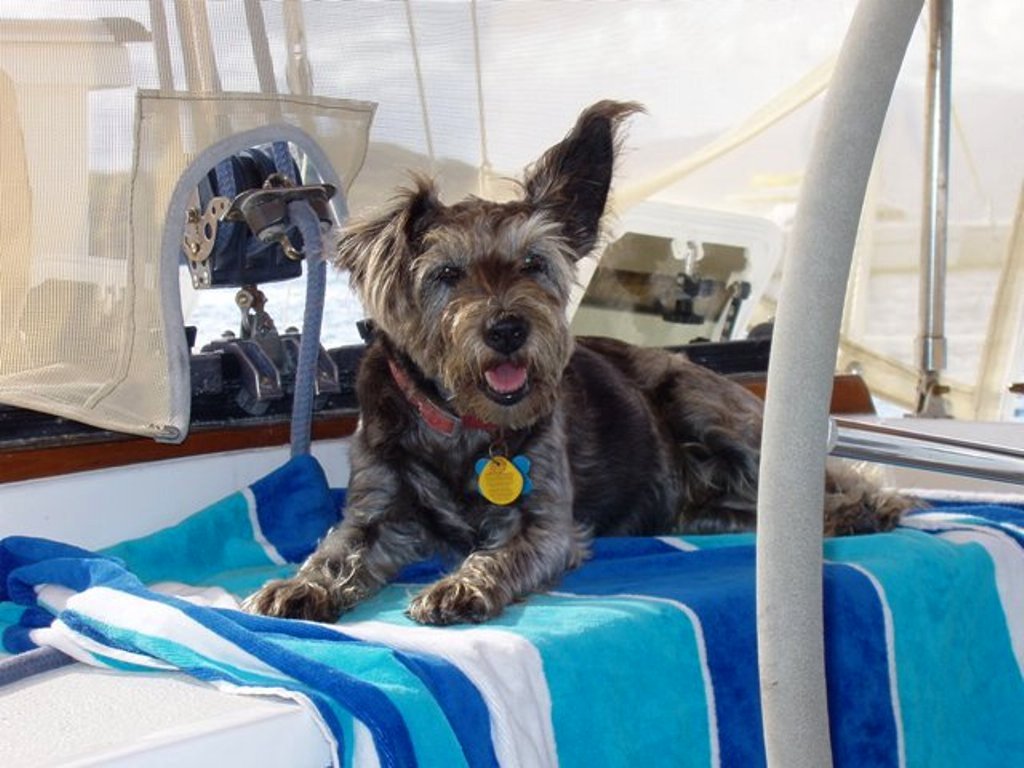 June 2, 2005  Isle des Saintes    What a contrast to Guadeloupe this is!  The island is a jewel....small, hilly, clean and so charming!  The folks that live here emigrated from France and have opened wonderful shops and restaurants.  They are proud of their island and take such good care of it.  It is quite the tourist town for cruisers as well as for the visitors from Guadeloupe.  There's Fort Napoleon to explore, and the hike up to Le Chameau is worth it...the views are spectacular!  There's also several lovely beaches within walking distance from the anchorage. 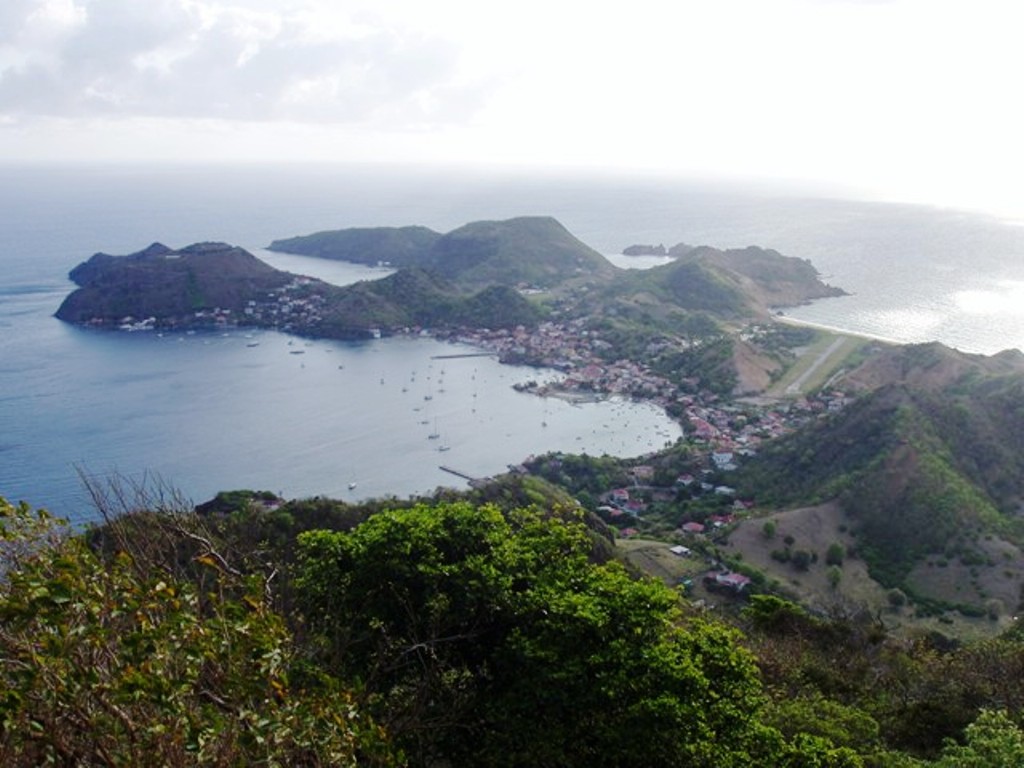 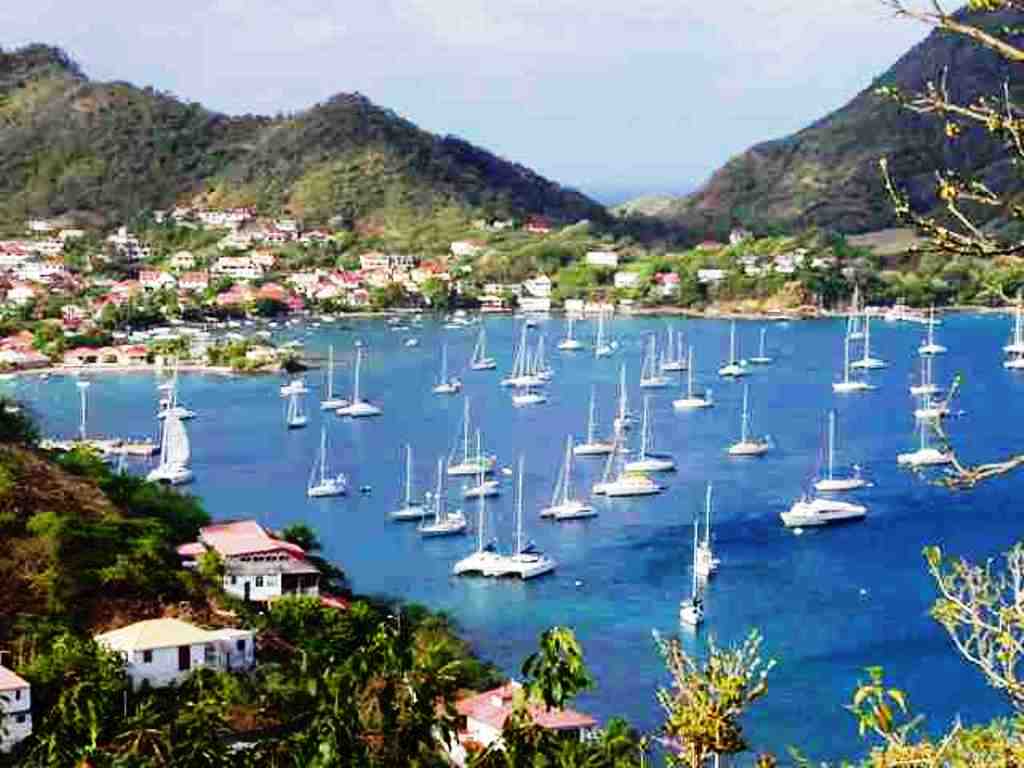