San Miguel de Allende, Mexico  March 2013     We celebrated our last evening (and my birthday) at the Setai in South Beach, Miami.  We love the restaurant at this beautiful hotel; we had drinks and dinner outside near the beach; it's hard to leave one of our favorite places.  However, we're looking forward to being back in San Miguel de Allende. 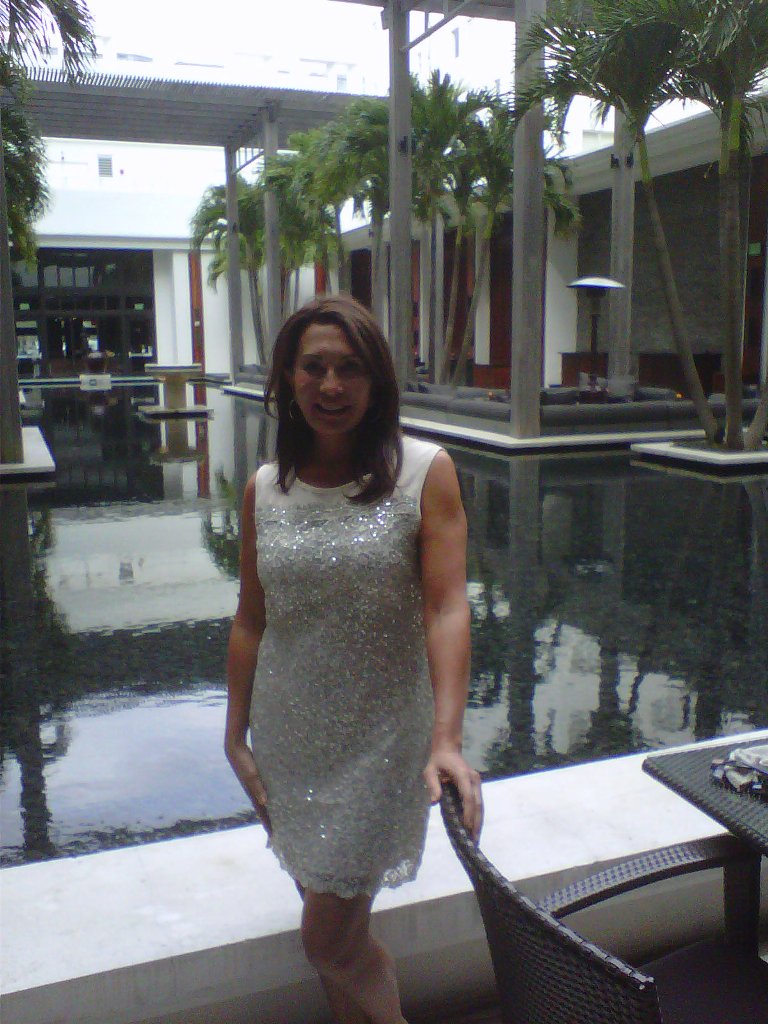 We departed Miami on March 1 and flew to Queretaro, Mexico.  Queretaro's airport is about one hour from San Miguel de Allende.  We have decided to base ourselves in San Miguel de Allende for six months.  We had visited briefly twice before, and we always enjoyed our visit.  San Miguel is a small, charming city north of Mexico located in a high desert environment at about 6,400 ft.  It can get quite chilly during the winter, but has a dry spring-like weather the rest of the year.   The city has cobblestone streets and is filled with historical 17th and 18th century buildings.  Many expats  have built homes here, and has long been a destination to study art.  Sterling Dickinson, an artist and philanthropist, came here in the 1930s and was a director at the Instituto de Bellas Artes.  He served in WWII and returned here, and many GI's came to study art under the GI bill.  Today there's many artists, galleries and classes in San Miguel.   Activities and entertainment abound (not to mention wonderful restaurants and shopping) in this lovely town.  Could this be place we could live and stay a while?  We weren't sure, as we have always preferred a more tropical environment.  We rented a house on a hill, with the best views of the city.  It is on a narrow "callejon" or alley in a Mexican neighborhood, with a top rated b&b across our alley and a few expat homes.  It's an easy walk to get to the center of town, but the walk back up gets your heart pumping.  Our views from the house: 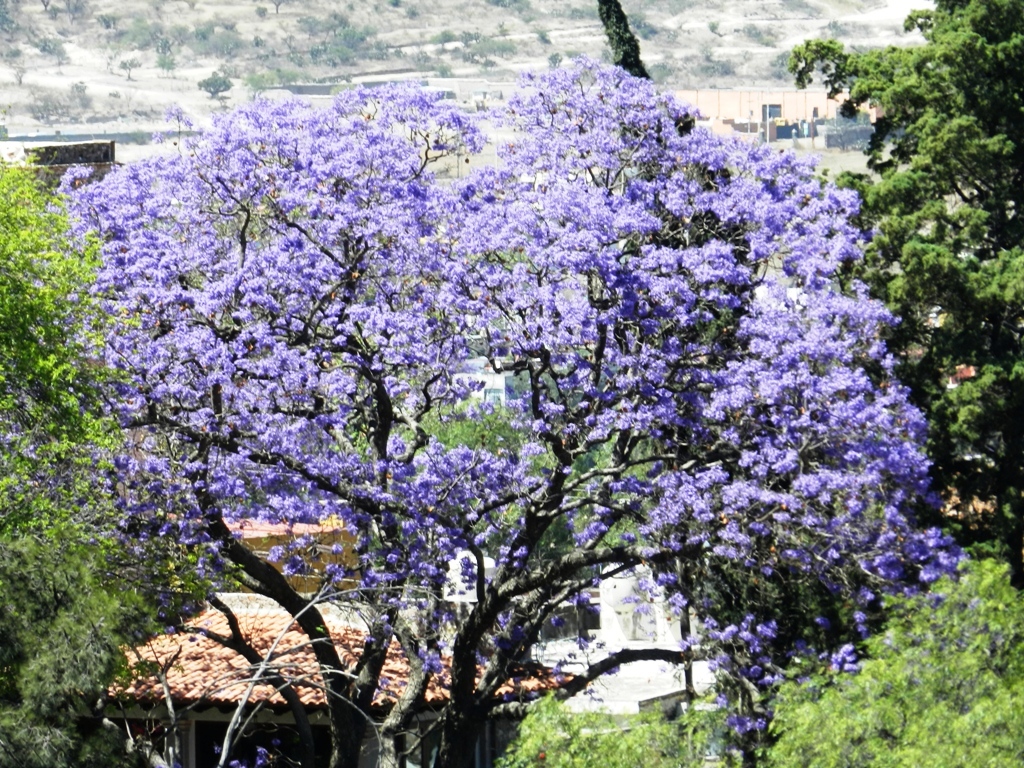 We enjoyed our drinks and barbecues on our rooftop deck while admiring the views of the city:

Here's some pictures of our "callejon" (alley) and one of the paths down to the town:

San Miguel is charming; we never tire of its beauty.

Hot air ballon rides are a familiar sight over the city; it's so picturesque!  And no, we didn't take a ride!

We often saw people dressed in giant paper mache dolls near the main square.  They're used to entertain the tourists, and you may have a photo with them for a tip.  We have also seen them in wedding celebrations.  The wedding party strolls the streets around the park, toasting the bride and groom, and taking sips of tequila which is carried by a donkey.  Mariachis serenade the couple, while giant bride and groom dolls dance and entertain the crowd as part of the celebration.  What a great way to throw a party!

On many evenings, there's entertainment in the central square.  We had Cuban festival for nearly two weeks, and we saw first class entertainment and salsa dancing.  It was great!  Pat was chosen from the crowd and taken to the stage to salsa dance with the entertainers (well, it was his version salsa dancing).   The crowd, at least, enjoyed it.  Unfortunately, I didn't have my camera with me,  so I have no proof of that memorable evening.  But here are  some pictures from another evening in the park.

There's a wonderful botanical garden and nature reserve in the hills above the city, "El Charco del Ingenio".  The garden display is great.  There's also a gift shop, restaurant and an extensive trail system which we often used for jogging.  One evening, we attended a wonderful flute and cello concert in the park's canyon, performed by Horacio Franco and Asaf Kolerstein.  Here's us sitting in the top right hand side of the photo, which I found from the local newspaper's website.  Pat's leaning back on a rock wearing sunglasses, and I'm wearing an orange top with sunglasses.  It sure was tough finding a place to sit on the rocks; there were a lot of people in attendance.  It was such a great venue for the concert.

If you're in San Miguel, be sure to visit Sterling Dickinson's orchid garden on Calle Santo Domingo; there's a nice collection of orchids along with bromeliads and cacti.... it's lovely.

Easter, or Semana Santa, was non-stop action for two weeks, including clanging of church bells, fireworks throughout the night to parades, processions, parties, prayers and pageantry.  It includes passion plays, reenacting the last days of Christ.  Many people from surrounding villages and cities come to participate and celebrate, and the city is packed.

On Friday, the last day of the event, organizers string giant paper mache Judas dolls filled with firecrackers and blow them up, one by one.  Some are witches, devils, and greedy men with money attached to their clothes, but all of the evil figures depict Judas' betrayal of Jesus.  The dolls are lit, and then they spin and twirl and finally explode.  Boom!  It's really loud, and the crowd roars.

After six weeks in beautiful San Miguel de Allende, we decide to leave.  The house we rented in the alley was noisy due to the neighborhood kids playing and bothering us at the house (just being kids), making it a less than ideal rental.  In addition, San Miguel wasn't the town we thought we could live long term due to its dry climate and darn right cold winters and pricey real estate market.   But it sure is a beautiful city, and we look forward to coming back to visit. We're headed to Merida, where we were last Christmas.   We'll sure miss San Miguel's sunsets!