Dec. 7   Roatan, Bay Islands, Honduras        The weather was supposed to be east, northeast with 15 knots, but it didn't start out that way.  We had northwest light winds and had to motor sail all day.  Fortunately, the weather changed during the night and conditions improved.   On the way, I caught a barracuda (but let it go because I'm afraid of its sharp teeth) and a dolphin fish which I filleted and froze.  We had reservations at the Yacht Club in French Harbor and we arrived at 10:30 am on Dec. 7.  The fee was $300/month plus water, electricity and cable TV.  The club was run by Nikolai from Germany.  The marina had under 10 slips and there were a handful of boats in the harbor.  Although tired, we took a cab over to Coxen Hole (named after the British pirate John Coxen) to check in with immigration and customs.  We took a trip to Anthony's Key for lunch, a big dive resort near West End.  The views were beautiful.

Armand will be here for his holiday break from Jan. 5 - 14.  He's excited to dive among these famous reefs that surround the island. We can't wait for him to arrive! We were sad that Isabelle couldn't visit us; she's not yet entitled to vacation with the Peace Corps.  After living with a family with no electricity and water for a few months, she has settled into her village of Ouolosseougou, Mali where she now has an apartment and cell phone.   She's quite busy visiting many villages on the back of her Malian counterpart's motorcycle evaluating projects and finding ways to fund them in conjunction with NGOs.  She's also involved in the women's center.  One area involves helping to improve production and market share of the nuts used in shea butter.  Recently she was the translator (Bambara to English) for the Malian women having surgeries from visiting doctors.  Although the living conditions are difficult, she's thoroughly enjoying her work, the wonderful people and new culture and is committed to a two-year assignment. 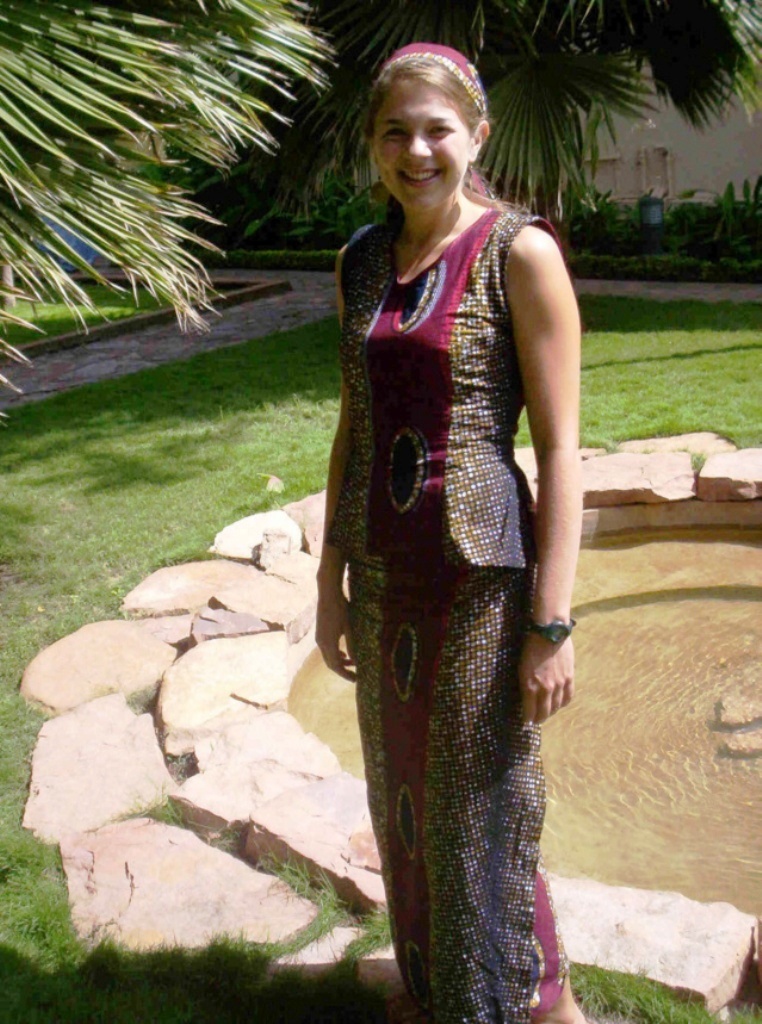 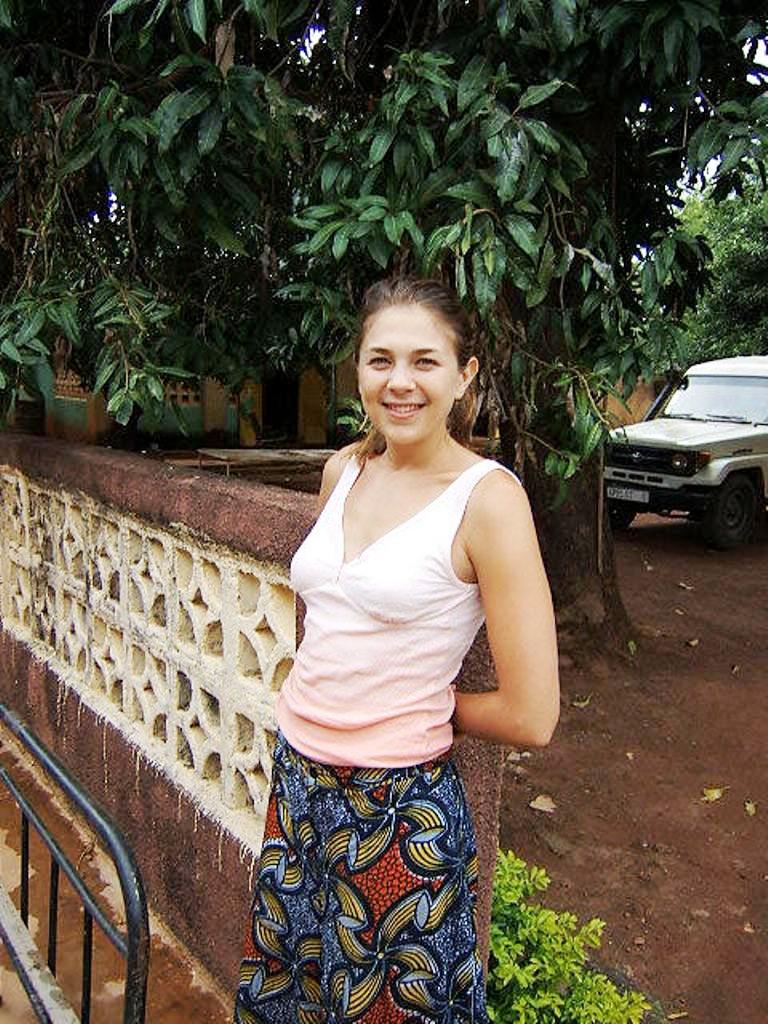 Roatan is about 30 miles long and two miles wide. We were surprised by the hills; it's very lush and green.  The reefs around the island are beautiful.  Water temperature is 82 deg. F.  There's a mix of languages spoken here, although English is supposed to be the predominant language.  So far, most of the folks we've encountered spoke only Spanish.  Roatan is renown for diving its beautiful reefs.  The French Bay yacht club restaurant was convenient for wireless internet, and very close to a well-stocked grocery story.  Our security guard at the dock was Wilmer, who arrived from the mainland for work.  He's from Las Marias, part of the Biosphere Reserva in Honduras, a national park comprised of rain forest and jungle.  He offered to work and we employed him to wash and wax our boat.  He is saving money to buy an outboard engine to use in the Rio Platano in Las Marias.  Wilmer is married with two children, Ellyne and Wilma, with another baby on the way.  Wilmer works every day at the dock for little pay.  He's very kind and soft spoken.  His children are adorable. They visited our boat and we had a great time eating Christmas cookies, coloring, watching TV and playing dress up with my jewelry.  Wilma taught me some Spanish in exchange for English lessons.  They are pictured below.

We left French Harbor after Christmas and went to West End, a beautiful anchorage within the reefs.  There were few boats here.  We've met some nice cruisers here (s/v Skyus and Sunday's Child) and we enjoyed hearing about their voyages.  We saw a boat miss the entrance and hit the reef.  We've heard of a two other boats stuck on the reef after misjudging the entrance.  The reef surrounds the island, so it's important to have good navigation.  There are lots of dive shops and the shopping was quite good....a fruit and vegetable truck came into the town most days, along with a seafood truck loaded with lobster, shrimp, conch and fish.   The seafood was great and the prices reasonable, so we cooked onboard most of the time.  We had lunch and dinner on New Years at the Lobster Pot restaurant, located right on the beach with five tables on the sand.  The restaurant is the family home of a mother and her three grown daughters.  They are from the Cayman Islands.  Their fish, shrimp or lobster in an onion, pepper, and tomato sauce with garlic mashed potatoes were to die for!  We had a great 10-day visit with Armand, although it went by much too fast.  The weather was great except for two rainy days, but he was glad to have time to sleep, read and relax.   It was fun to snorkel and explore the reefs with him.  He's quite knowledgeable about fish and helped me identify them.  Due to a cold, he made only four dives.  His third dive was the highlight of his trip....after finishing the dive, the boat driver spotted some birds circling above the water.  They went to look...it was a whale shark, estimated to be 35 - 40 feet in length!  Armand jumped in the water with his fins and mask and swam above it, amazed at its size.  He said it resembled a small submarine.  As the large fish descended, Armand was able to touch its tail.  What an amazing experience!  The dive master was surprised to see a whale shark in January as the season normally begins in March.  He was lucky to have had this encounter.  On Jan. 14th, Armand returned to California to start school.  We were sad to see him leave, but we hope to see him again soon.  We are awaiting the arrival of Pat's brother and his wife, Jim and Chris, who arrive on Jan. 21 for a nine day visit.  It will be great to have them onboard. 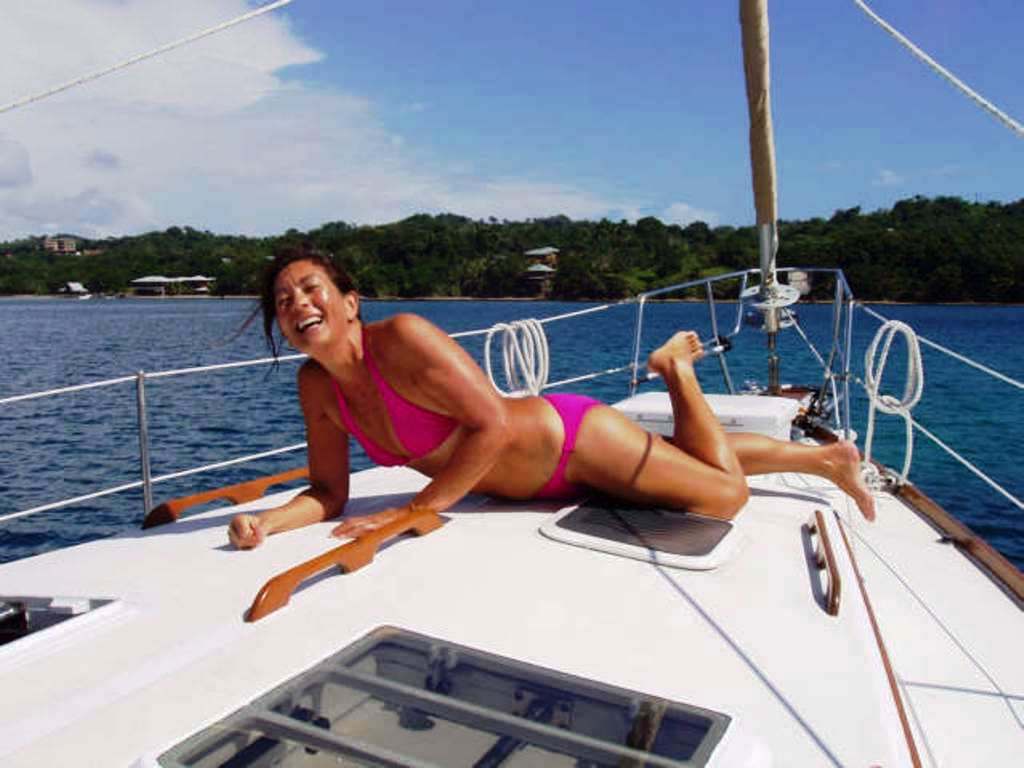 We had a great visit with Pat's brother and sister-in-law, Jim and Chris.  We spent most of our time on West End, with a brief visit to Cayos Cochinos.  Due to high winds and sea, and we were not able to stay on the rolly mooring at Cayos and we ended up anchoring on the back side of the island.  Unfortunately during a scooter tour of Roatan, Susan fell off her bike and scraped up her legs and arms. We were sad to see them leave, but we hope they visit us again soon (especially for a revenge game of Scrabble!) 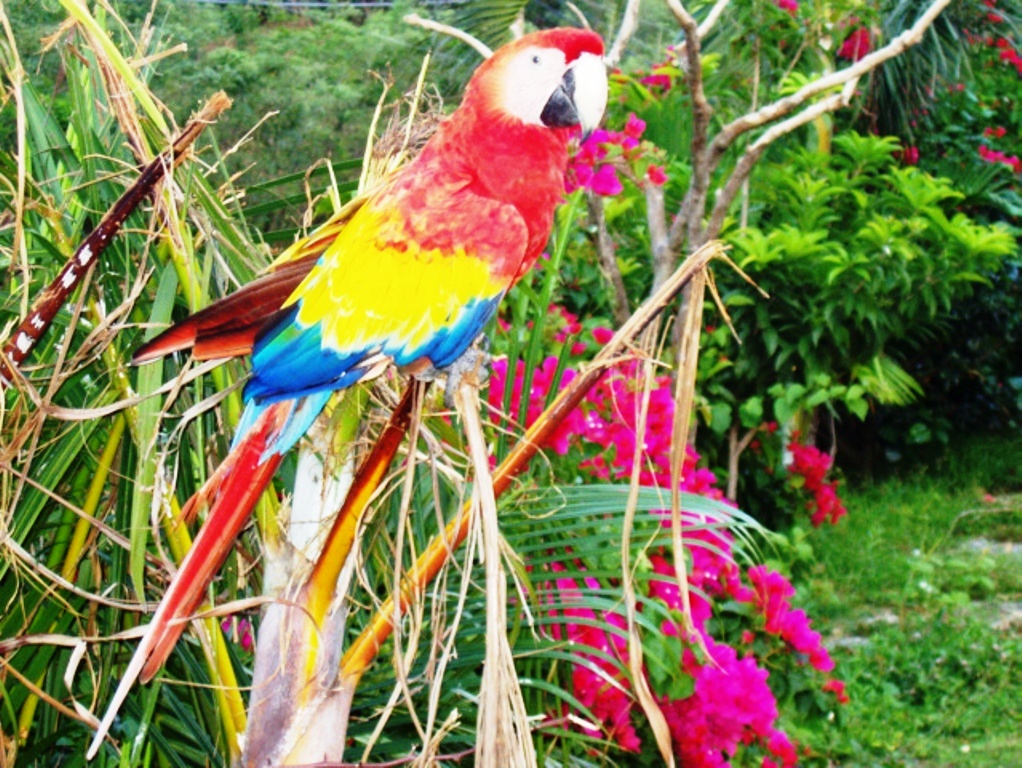 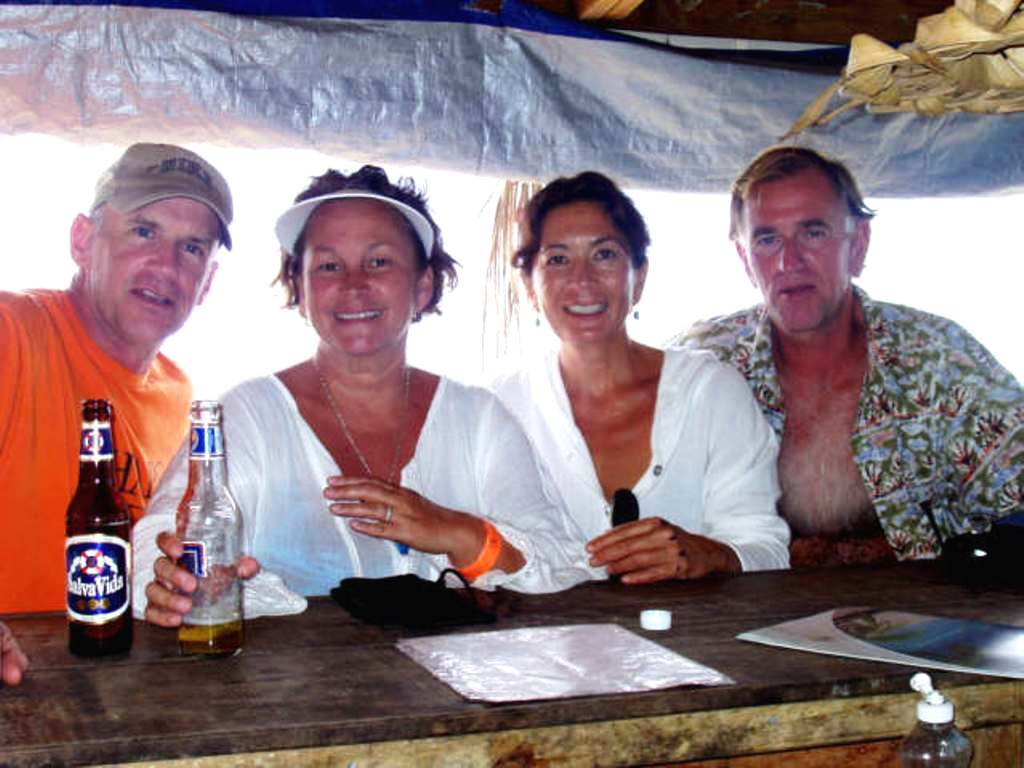