September 29, 2006  Ft. Lauderdale to Isla Mujeres     The hurricane season has been quiet, so we've decided to depart Ft. Lauderdale and begin our cruise to the Western Caribbean.  It was sad to say goodbye to our neighbor and friends, Shauna and David, who live aboard their beautiful 47' sailboat, Zia Lucia.  They were a wealth of knowledge for us as they had recently cruised from California to Florida.  We will miss them.  Goodbye Ft. Lauderdale!

It felt good to be out of the dock and cruising again.  We had No Name Harbor in Key Biscayne to ourselves as we enjoyed swimming and jogging in the park.  We had dolphins, rays and herons to enjoy.  It felt strange being back to the harbor where we begin our last cruise to the Eastern Caribbean in 2004.  On Oct. 4 we motor-sailed down to Rodriguez Key.  Seas were choppy but it was a nice overnight anchorage despite 25 knot winds.  We then headed to Marathon.  Again, familiar territory...nice to have Publix and Home Depot to stock up before heading down to Key West on Oct. 10.  As made our entrance into Key West, two cruise ships were headed out and a homeland security boat had their guns trained on us to warn us to stay clear.  Our stay in Key West was extended as I learned from my doctor that my test results showed suspicious cysts in my breasts that warranted a visit to a breast surgeon and a biopsy.  We drove back to Ft. Lauderdale for the biopsy. As I was lying on the hospital table awaiting the procedure, the radiologist took another x-ray and determined that a biopsy was not warranted.  The radiologist who performed the initial test at a different hospital did misinterpreted the data.  What a relief it was to receive this news at the 11th hour!  We left for the Dry Tortugas on Oct. 17 where we spent the night.  On the 18th, we headed for Isla Mujeres.  The gulf stream was rolly but improved the second day.  We were visited by a school of dolphins who swam played under our bow.  I hooked a dolphin fish (aka mahi-mahi) but it got off just was Pat was about to gaff him.  What a beautiful fish with bright iridescent colors of blue, green and yellow!  The water temperature reached 86 degrees F. 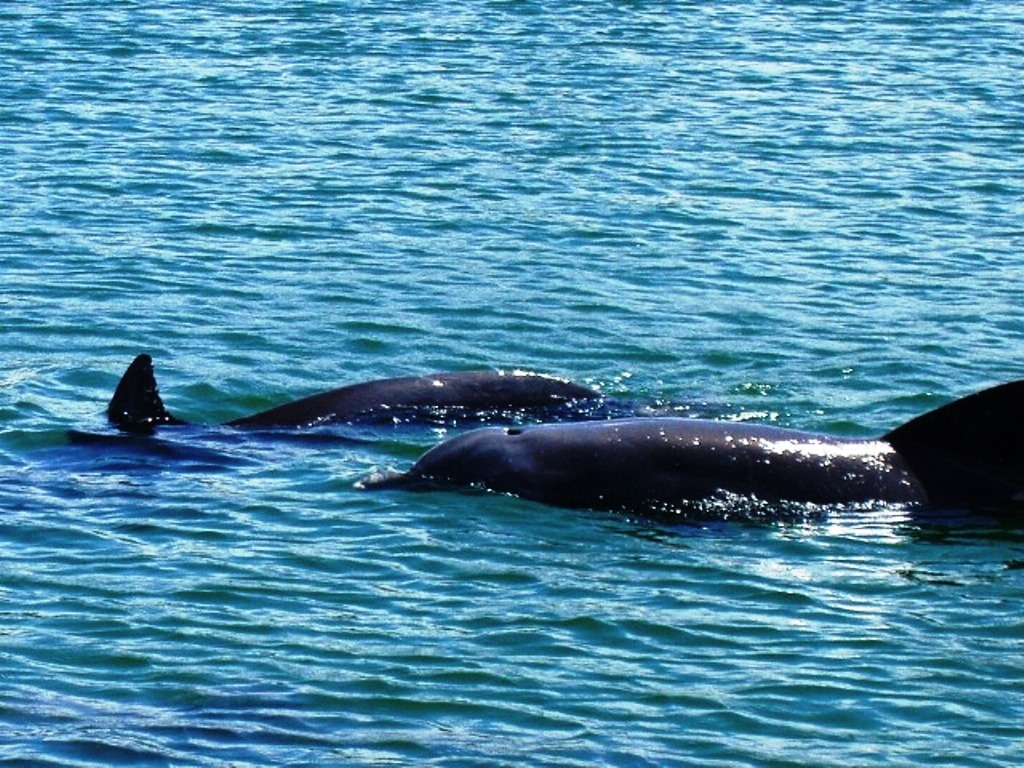 Oct. 20, 2006  Isla Mujeres, Mexico     Tired but happy to arrive on the third day, we anchored in the bay.  We were approached by the owner of a new marina, El Milagro.  He offered us a slip at his dock for $20/day.  We enjoyed our stay there and met some nice boaters.  Isla is a small island and it was easy to visit the sights and nice beaches. 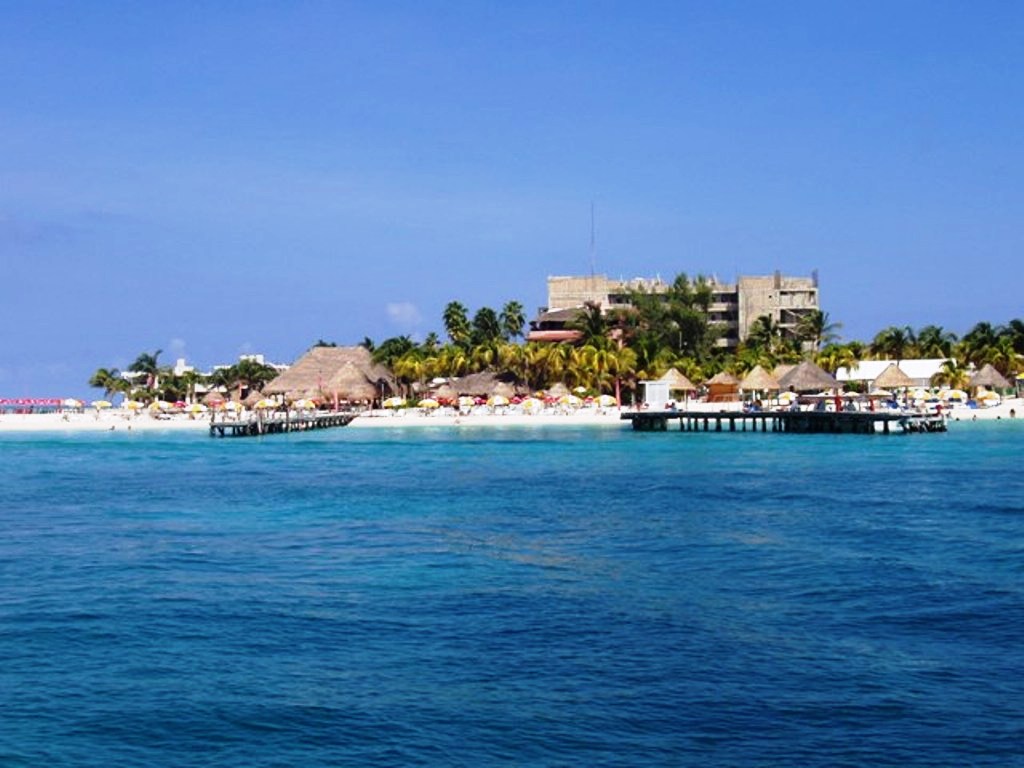 We took a great trip by bus from Cancun to Merida  a beautiful colonial town four hours northwest.  There are beautiful buildings there and nice restaurants.  On Sundays, they close the streets and there's a nice market in the square.  From there, we took a 1-1/2 hour bus trip to Uxmal, a Mayan ruin, where we spent the night at a Club Med hotel.  I think we were the only guests there! 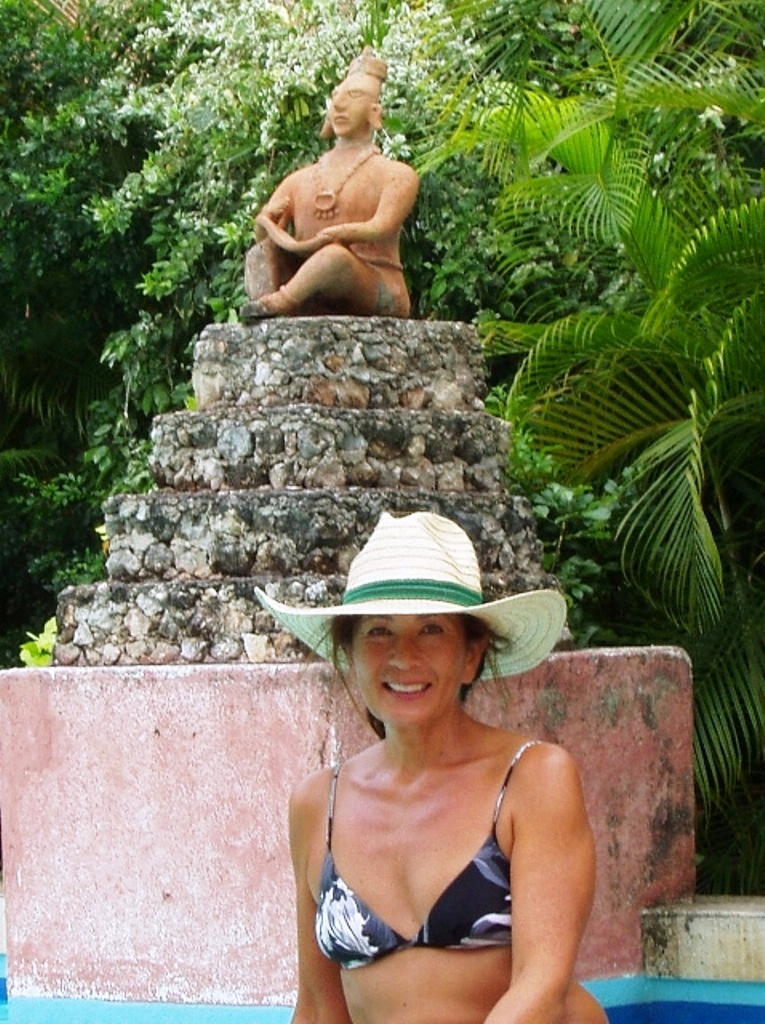 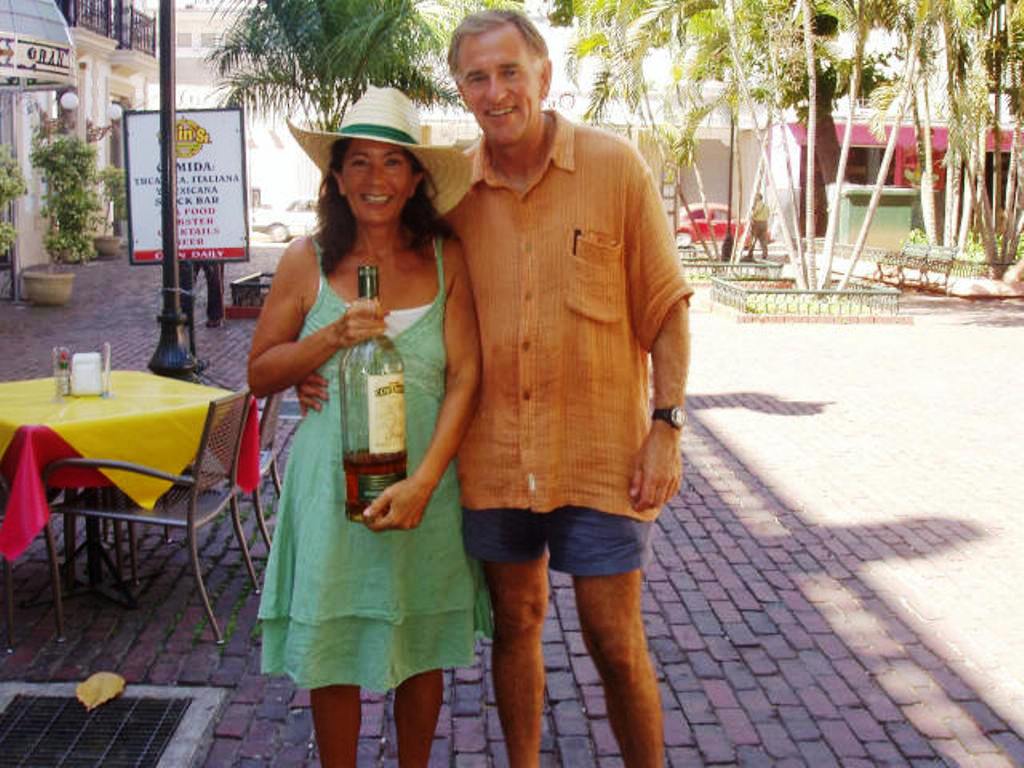 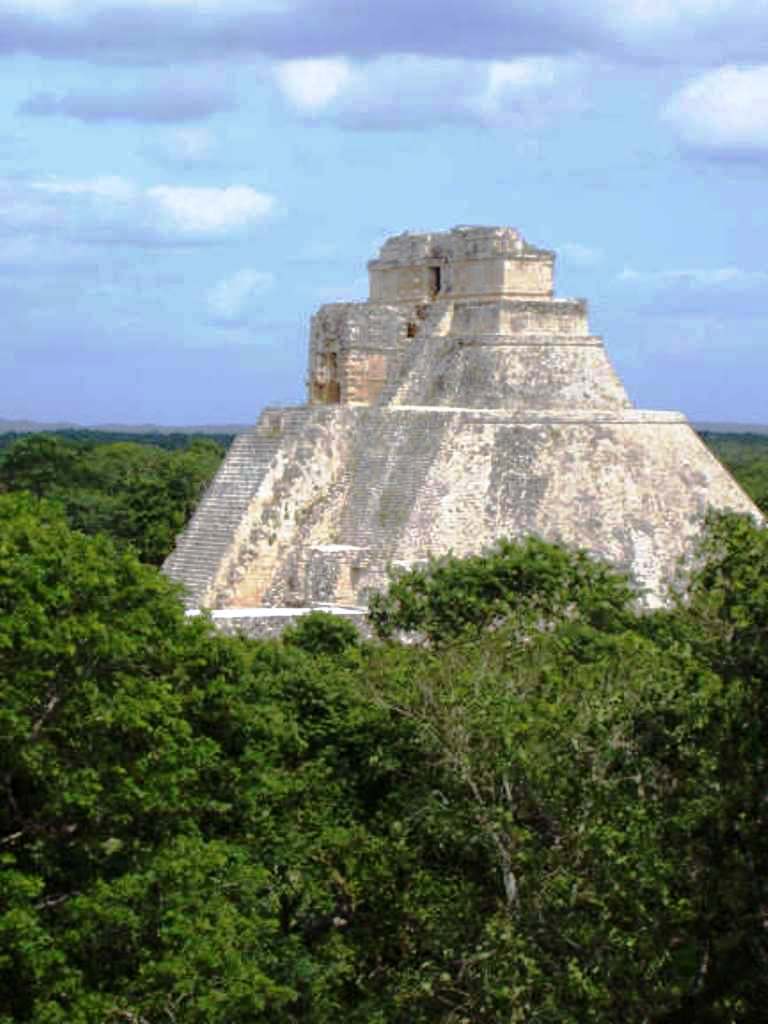 Oct. 31, 2006  I had a call from my sister that my father was in intensive care and I flew home to California.  Pat joined me after a few days.  After two weeks, he was stable and was released from the hospital.  Pat and I decided to take a quick trip up to Napa before returning back to Isla Mujeres.  We had a great trip wine tasting and ended up at the mud baths in Calistoga.  They were terrific and we felt rejuvenated.   We were hesitant about leaving but my father reassured us that he could manage.  Upon our return to the boat, we learned that my father has lung cancer.  He's begun chemo, but trying to relax on this trip is hard.  We will need to stay in close communication and take one day at a time.  We are optimistic for his return to better health.  This situation has also been hard for my mother.  I'm happy that Armand, our son, is able to visit them when he's on school break.

We took a trip via bus to Playa del Carmen and Tulum.  Playa del Carmen is such a developed tourist town with white sand beaches and aqua water.  There are so many hotels, restaurants and condos.  Unfortunately there's not much of a local flavor here anymore, but it is very lively and fun for a few days.  We had visited Tulum a long time ago, and this time we found it had really changed.  We're not able to walk up the pyramids as we did before, as there are too many tourists now and they need to preserve them.  The ruins themselves were not impressive, but their location on the aqua waters is quite impressivel.  We walked south to the beaches, which are magnificent with white sand.  At Playa Maya, we found a super beach restaurant complete with pretty blue mattresses, and we rented one for the afternoon.

Nov. 26, 2006  Yucatan Peninsula      We had a nice Thanksgiving lunch on the dock with other boaters.  It was a potluck, with all the trimmings.  We then sailed down the coast and our first stop was Puerto Moreles, a small town with a great internet cafe and some nice tiendas catering to ex-pats who live there.  I even found tofu at the store!  We walked 2 miles south and visited the Jardin Botanico where there were orchids.  We had ceviche and margaritas back in town at the Palapa Pelicanos.  Muy bien!   We had taken a mooring (no charge) just off the reef...what a great stop.  On the 28th, we sailed overnight to Bahia Ascencion.  Our first night anchorage in the bay was rolly and uncomfortable.  The next day we moved behind Culebra Caye which was very calm and peaceful.  Onward to Cayo Norte, a national park with beautiful waters and reef.  Upon our arrival in the morning, the Mexican Navy boarded us and told us we needed a "permiso" to stay which we didn't have.  Pat was exhausted, as he stayed on deck during the night passages while I slept below.  I did offer to relieve him, but he preferred to catnap and stand watch.  Okay, I did feel guilty!!  Pat napped during the day, and we headed out that night for Xcalak.  It was a narrow entrance through the reefs at Xcalak and we've heard of some boats hitting the reefs and losing their boats.  We surfed through and anchored off the dock.  There was not much of a town here...a dirt road with a couple of small tiendas and a restaurant.  There was one computer for internet at the tienda.  This town recently got electricity.  The small resorts to the north of the town didn't have electricity; they ran off generators and solar power.  Most of their guests are Americans who came for fly fishing.  This area is supposed to be the new resort area, called the Maya Riviera, but it just doesn't seem to have gotten off the ground.  There was, however, a great gourmet restaurant near the town run by two American ladies from Minnesota called the Leaky Palapa.  They're only open on Friday through Monday.  We had dinner there, and the food was superb!  We had seafood empanadas and conch chowder for starters, sesame crusted huachinaga (deep water red snapper) as the main course, and banana crepes for dessert.  Yum!  On Dec. 6 we departed for Roatan, a 30 hour trip (ugh).