Pat and I took a three week trip to the second largest island in Vanuatu, Espiritu Santo....called "Santo" by the locals.  It was our first trip to the South Pacific and we were excited to experience this island, known for its natural beauty and still unspoiled by mass tourism.  The flight from Brisbane was a quick 2 1/2 hours.  Our trip was fantastic and Santo was just as we had imagined the South Pacific to be.  We were thrilled to experience the pristine, warm waters with the most colorful coral and fish we'd ever seen.

There weren't many tourists on the island; the majority of the tourists were from Australia.  There's only a dozen or so small hotels on the entire island which added to its charm.  We were only able to see parts of the east coast; the west coast has tall, rugged mountains with impenetrable jungle.  There are indigenous communities living there, the most elusive of which are the Lysepsep people said to be pygmy size and rarely seen, living in banyans and caves.  About half of the people speak English, the other half speak French due to occupation by Britain and France.  Everyone speaks Bislama, and there are over 100 indigenous languages throughout the 83 island chain of Vanuatu. 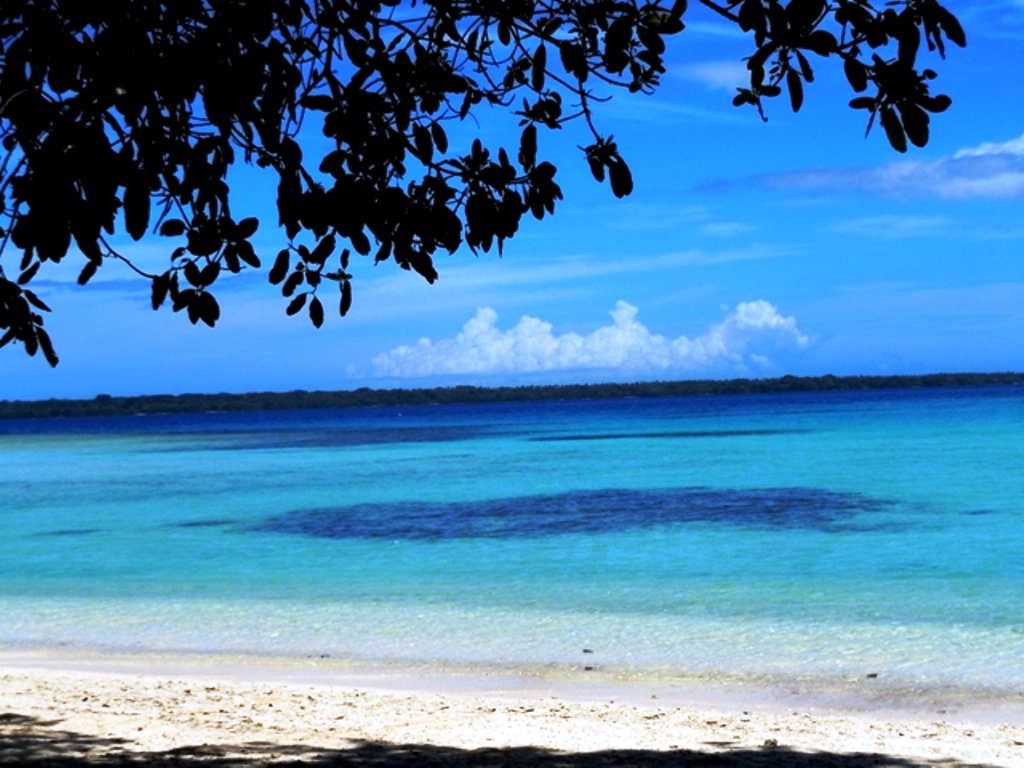 There's a lot of history here, which includes three years of U.S. military presence during WWII.  As many as 500,000 troops came through here waiting for deployment to battle in the Pacific.  The island was a base for training and surveillance.  They built the major road on the east coast of the island, and the remains of hospitals and airstrips still remain.  When the military left after the war, they dumped war surplus items (trucks, jeeps, engines, etc.) into the sea, now known as Million Dollar Point.  Today you can dive/snorkel to see the coral/sea life growing on these items.  There's also shipwrecks (the famous SS President Coolidge, carrying troops to Santo but sunk by a friendly mine) and planes here, making it a popular place for divers. The locals were so friendly, and many people were happy to know we were from the U.S.

We stayed at different locations in Santo, which gave us the opportunity to compare locations as well as hotels.  One of our favorites was Moyyan House by the Sea, which had only five fares (bungalows) right on the beach.  It has a beautiful beach with warm, pristine turquoise waters, and great coral and fish.  A mere 15 steps from our bungalow into the water!

Below are some of the photos we took from our underwater camera while snorkeling:

We visited Champagne Beach on the north coast of Santo.  This famous beach has a wide white sand beach and crystal blue waters.  We learned why it was named Champagne Beach from our taxi driver.  He told us that back in WWII, the officers were allowed to use that beach for R&R as it was the best beach in Santo.  When the Japanese surrendered, the military invited the whole island to celebrate at Champagne Beach.  The taxi driver told us his grandfather was at that celebration, an unforgettable party with lots of champagne flowing.  Thus its name.

There are many blue holes (freshwater sinkholes or vertical caves) in Santo.   The water was cool and incredibly blue.  A local family was swimming when we arrived, and we enjoyed chatting with them.

We rented a scooter and toured the island on two separate days.  Some of the stops included Lonnoc Beach, Velit Bay Plantation and Port Orly.  The road was excellent and free of traffic; I don't think we saw more than a dozen cars during our trip.  Santo's major exports are beef (there's cattle grazing everywhere), and copra (the dried meat of the coconut).

There are so many orchids growing in the wild on Santo; we were tempted to take some back to Australia, but knew we wouldn't make it through customs.

Here are some photos of Oyster Bay Island hotel.  The island is located 200 meters off the mainland, so you have to take the ferry across to get back and forth.

More photos taken with our camera while snorkeling:

We visited Luganville's market; Espiritu Santo grows a lot of agriculture.  We loved the baskets made from tree leaves.  The fruits were so sweet! 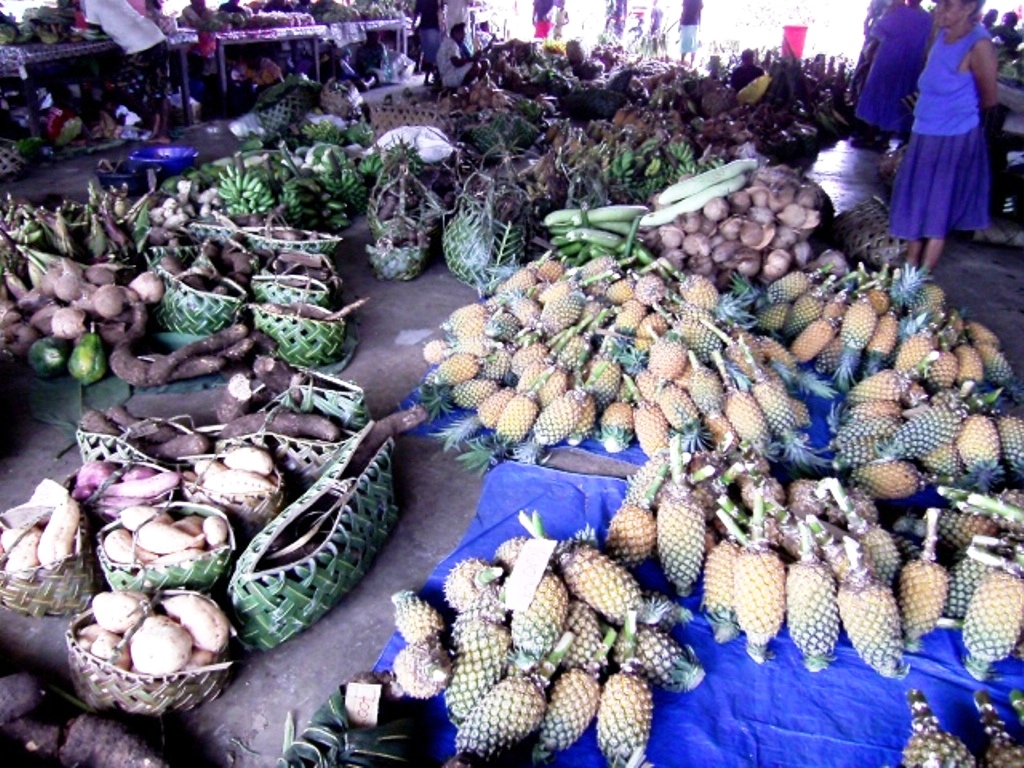 Almanique, a woman working at our hotel, invited us for kava tasting.  I don't remember the name of it, but it is supposedly the best one on the island and right on the water.  The ladies had a spread of local favorites, including flying fox (bat).  I had a taste, and it was quite good....like beef (not chicken!).  We had one large cup of kava.   It tastes awful.  You have to drink all at one time.  Many people spit after this....you can imagine why.  It made our lips numb and left us relaxed, but other than that I suppose we didn't have enough to get too mellow.

We took a guided tour to the Millenium Cave, which stretches 30 meters wide and 50 meters high.  It's s a 6-7 hour trek through the forest, down a canyon and a swim in the river.  Due to the heavy rain the day we went, we were not able to go into the cave.  It was too dnagerous to enter the cave with the high waters and rapid river.  Nevertheless, our legs were sore for several days after the hike.

We stayed at Aore Island resort for a few days, and it was a great place to relax.  The resort has a boat that picks you up on Santo Island and it's about a 10 minute boat ride to Aore Island.  The bungalows were beautiful, and the snorkeling at our front door was wonderful. 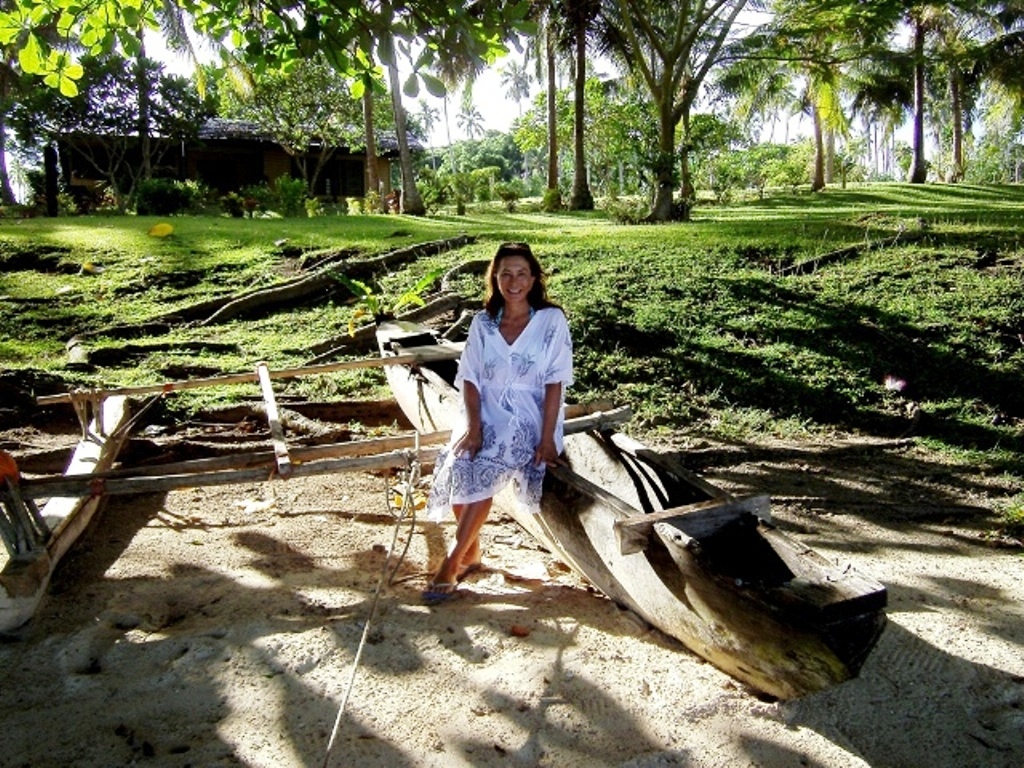 The resort had lovely trails through their coconut plantation. 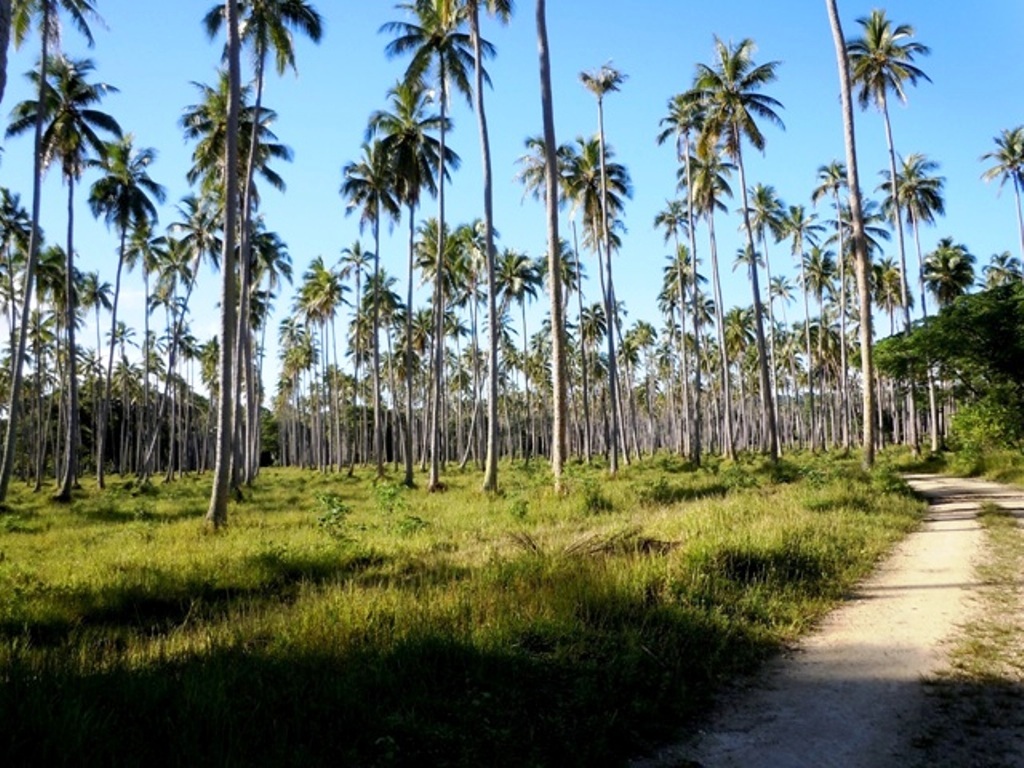 We celebrated our last night in Santo at the hotel and lucky for us, it was island night....which included local foods, kava and entertainment.  We danced and had a lot of fun!

We loved Santo and hope to return one day!